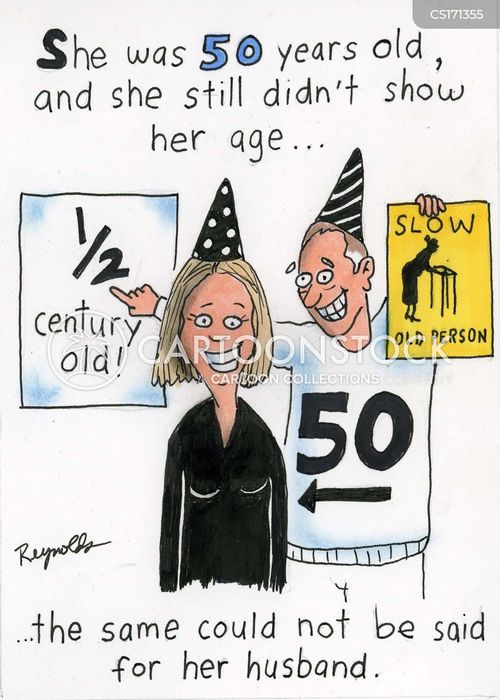 Ok so I am nearing 51 now, but who’s counting. My sister is muuuch older: she’s nearly 53.

But here’s the thing – everyone thinks I’m the older one because I have children. And I cannot pretend anymore that it is because I am the serene, mature one, while she is the wild and irresponsible, single one. Nor can I honestly say I look older than I am because I have kids, no matter the temptation to blame them for this ailing body. Sometimes it helps, mind you, to have had a herd of younguns. There are nine years between Sean and Liam, but the mothers  of Liam’s friends assume I am their age, a good ten years younger than I am.

I have had about ten months to consider how I feel about having reached this ‘middle-aged’ milestone (Of course I’m old enough to know what an actual milestone is). Ten months is the usual human gestation period. (Don’t believe the ‘nine months’ myth they tell you) so my fully grown thought is… I am rather bemused by it all.

Not that ambivalence about growing old stops the aging process. And it is inexorable. And undignified. There are weird things that happen to one’s body which tales of the ‘sagging’ shape of one’s fifties do not adequately prepare you for: Like that moment when you look in the mirror at your naked form (not recommended unless you are a fifty-something like Iman or Sharon Stone) and quite pleased with yourself that you have that ‘thigh gap’ thing going that all the magazines speak about, you wonder what it is you can see at the top of your legs. You’re not wearing your glasses naturally because any mirror-gazing after fifty should be done without 20-20 vision. Then it dawns on you – that’s your butt hanging down. The lesson: avoid all reflective surfaces. No, gentle reader, gym is not an option: Far too many looking glasses there.

Then there is your friend to whom you confide that you have decided that short skirts are for younger women, because you can no longer hide the varicose veins (yes, dear offspring, the scars of 50 months of pregnancy). And she speaks about her salami-skinned calves – and you know what she means!

It’s not just the legs though. I remember grabbing my mother’s hand once, upon glimpsing a liver spot on her beautiful pale hand: ‘No, you’ve got old!’ I wailed. Gee that must have made her feel good! I cannot believe I did that. But Karma is a sly bitch and she has come a-visiting to my anatomy now. It doesn’t help that one develops what another pal calls ‘old lady skin,’ that thin, papery and fragile epidermis, which bleeds at the slightest bump. And the grazes look like more liver spots.

And then there are the wrinkles. I always said that I wouldn’t mind such lines (as long as they were laughter lines), not realising that it is really difficult to put on lipstick around your mouth when you must navigate the crevices, not filled by putty-like foundation. But I draw the line (get it?) at wrinkles on my toes. Seriously?! I did not anticipate that.

Coping with the question of whether to colour or embrace the grey is not one I considered in my feckless youth. I assumed that as a redhead, I would simply fade delicately with the advancing years. And fade I have – so much that folk have begun to apologise to me about telling blonde jokes. To make it worse, I have noticed lately that there are far too many grey hairs in my fringe to pull out, lest I go bald. I’m simply ignoring them and pretending they are blonde.

There are other signs of aging that are not about the old fuselage needing panel beating though. I have noticed that a question I am asking at job interviews is whether there is a mandatory retirement age. Such questions never entered my head before. And job-hunting at fifty is no mean feat either. I was born in 1964. That is Baby Boomer territory. I remember the first moon landing for heaven’s sake! Since young teachers entering the profession were born after I graduated I can imagine what some HR suit may think about a dinosaur like me. My solution: I stuck a soft focus photograph on my CV which was just grainy enough to hide the age, but not quite a poorly focussed shot.

And yet I do not want to be younger, because that would negate who I have become and the victories I have won in recent years. I like my life and if that means I have to ask my daughters to do the ‘mutton or lamb’ colosseum gesture from time to time, that’s okay. There is a liberation which comes with knowing and liking yourself as you are, and a sense of adventure in realising that as the children grow up and bring home love interests, the heart of the home is expanding and there are so many more years of family ahead. They do not even notice what I look like… unless I bought something new and snuck it inside without telling them, or nicked it from their cupboards, which sadly I can’t do anymore (the mutton-lamb thing again).

So I’m good. And I try very hard not to remember that Shirley Valentine was 42. But I don’t want a Greek lover. I’m clever – I married a younger man. And I am not fifty-one yet. I am only 50 and 5/6ths.