Sibling rivalry is alive and well in all households, mine included and I am often pressed to say which child is the favourite – no mean feat when there are seven to choose from. I am constantly bombarded by bragging and begging: all insisting on being the cho 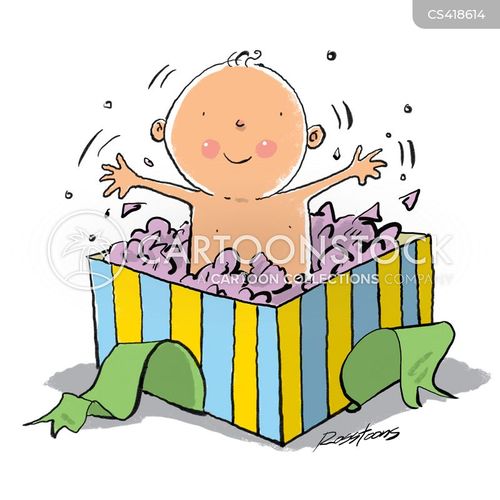 That’s why over the years I have resorted to saying that the angel who brings me tea/ chocolate/ the washing off the line and other requirements of the good life is the favourite. The current favourite is actually not even family – a young man, a first-time visitor to our home and one of Shannon’s friends, who arrived bearing chocolate biscuits for her maman. (That is a clever ploy of mine to avoid crowning any of my own offspring as The One – other people’s children have the additional benefit of also going home to other homes.)

Needless to say my chicks will read this article and declare some hidden message in it as proof that I am cryptically pointing to their being the selected heir to my heart. Of course they have also complained over the years that I have loved my students more than my flesh and blood so they are not always coherent in their utterings.

They love to goad each other about who is the beloved: when I announced during last night’s family hour in the lounge after supper, while we all snuggled under blankets to watch a movie that I was writing about this topic, and Liam declared that as the baby of the family he was definitely ‘It’ – even though he looked more like Gangsta ET in his beanie and hoodie – quick as a flash, Michael retorted that that was impossible, because Liam was the only one without a blanket. Poor thing – he didn’t, but borrowed his brother’s jacket in revenge (which only enhanced the ET look and did nothing to prove or disprove the assertion of being the favourite child.) Then again Michael’s view is that there is no favourite child because I dislike them all equally.

What they have all failed to realise is the truth that my mother taught me when I was pregnant with my second baby and was terrified that I wouldn’t love her as much as my first: you do not divide love – it multiplies.

You certainly divide time and I did find it a bit hectic trying to divide five munchkins into two hands when shopping or crossing a road. But love spreads and curls its tendrils around all of us, growing new and precious relationships among the siblings, bonds we as parents are not a part of and yet are proud of.

I have unique connections with each profoundly different child in the house:

First there is Sean, my ‘eldest and dearest’ as the saying goes? He has the edge he believes because he has been around the longest and because he received more new-baby-in-the-house Lego toys over the years. He is a remarkable young man, truly gifted creatively. He has taught me how wonderful it is to be surpassed by your children’s talents and I step back in awe of his paintings and his writing. His singing voice is pure and brings tears to my eyes when I hear his tenor (and falsetto) covers (mostly when he is in the shower because he is intensely humble). I missed his presence during the years he was at Rhodes and am aware that, having just got him back, we have only six more months before he leaves permanently to make his own way in the world. When we have the time, it is great to unpack ideas and form in books we have both read. Of course he irritates the hell out of me when he tries to debate my household rules and his patronising ‘Mother!’ is annoying at best of times. He has redeemed himself of late by falling in love with a strong young woman whose serenity and gentleness draw him out of his shell and who has returned him to us from his wanderlust of recent years.

Bachelorette Number Two is Caitlin. I knew the day she dressed for Nursery School in cerise tights, ‘cluck shoes’ and a red pinafore over her purple sweater that I was in trouble. To understand my second child you have to appreciate the military concept of 2IC/ Officer of the deck. You know, the one who repeats the instructions of the captain (me) for the other scurvy swabs. Even as a seven year old, she would take up the orders and pass them on to the laggards. Nowadays she doesn’t wait for me even and dishes out instructions on her own (and I notice they scurry around too.) Caitlin is my right hand (and my left), my conscience and my inspiration. She has a stupendous work ethic and is super smart, but what makes me most proud is the beauty of her spirit and the energy that she puts into relationships. She makes me want to be a better person. She also knows what I am thinking because we are so close, which can be fun when in company she lifts one elegant eyebrow at a remark from someone that I am deliberately biting my tongue from responding to, but sometimes I’d rather she didn’t because sometimes she disapproves and no one wants to have Caitlin not be impressed…It’s nice to know though that someone ‘gets you’ and she certainly does.

My King in the middle is Michael. Now Michael and I have spent a lot of alone time together having middle-of-the-night DMC’s, but much of our contact time has been on the way to his beloved football matches and a good deal of it on the way to hospital – not from soccer injuries but various serious and often life-threatening conditions. Michael started out life with bacterial meningitis (yes – nice bugs you can find in the Sandton Clinic) and nearly didn’t survive. Then he developed a childhood form of hypoglycaemia (unconnected to the meningitis), which required me to frog-march him semi-awake nightly to the lounge to feed him digestive biscuits and then return him (to the top bunk – and he was a solid little blighter) to bed so he wouldn’t go into a coma in his sleep. There is nothing that makes one resort to bargaining with God like seeing one’s son unconscious and unresponsive in the emergency unit. But there is something of the stubborn Irish in this one which has served him well and he has flourished into manhood, strong and swift; he plays football like a poet in studs (and me like the violin!) He avoids doing dishes and other chores like a shyster and at 19 is making money off his football blog. #Mom’sRetirementFund.

The elder of my heart children is Lizzy. Musically brilliant like her father, she has been a best friend to her crazy step-sister since they were about four and apparently when Andrew and I married it was really about Elizabeth and Shannon becoming sisters. She is outwardly a serene, ladylike young woman until she steps into the house and the homecoming screeches can be heard all the way to the beach. Her zany sense of humour and willingness to make me cups of tea endear her to her wicked step-mother. When she puts the oboe to her lips it turns our lounge into a gala event at the City Hall. The fact that her accompanist is rather sexy endears her to me even more. She gives great hugs and appreciates Mom-stuff with a cheeky grin, mocking my tissue-up-the-sleeve and elderly tendencies. Mercurial and melodramatic, yet scholarly and disciplined, there is hole when she is not here.

Then there is Shannon. She told us as a five year old, redheaded ragamuffin that she came from the Planet Nil and has steadfastly declined definition by anything but her own quirky rules since. She is a gifted artist and actress, having the dramatic ability to wring tears out of even my jaded eyes and have one laughing uproariously in the next moment. She brings out the child in me and is the offspring of choice to drive through puddles with; loudly (as if I can do anything quietly) enact the Naughty Noddy Song with and avoid all forms of exercise with. Just yesterday we escaped the attacking alien mass of foam scum at the beach, racing away laughing hysterically (in the car of course – we don’t run). Every Friday she selflessly spends hours making pizza from scratch, although her sibs say she is masterful in the manner in which she solicits help from them AND avoids doing dishes. She is the only one who can get my sister, Brigid, to do anything she (Shannon) wants and yet she is immovable on her own agenda. Despite her own strongly held (Amazonianly strong) views, she is a deep thinker and extraordinarily mature for 16. So long as she does not call me ‘cute,’ I love her very much.

My second heart child is my godson, Mika, whom I have cherished since he first snuggled into my lap as a two-year old. He prefers to keep folk (and me) at arm’s length, assuming a strong, but silent presence. His outwardly cynical view on life belies his inner sweetness. One only has to see his tolerance of his elderly and infirm grandmother to recognise a teenager with character. Mika is a whizz kid on the computer, which explains the drain on the internet when he is in residence, sequestered behind his screen and protected from us plebeians by his earphones. Mika is the living proof that Michael Moore got it wrong in Supersize Me because he is able to survive on a diet of Mickey D’s and chocolate, which he alternates with crisps and McFlurries. He is a master of note at avoiding making his bed and has perfected passive resistance when it comes to tidying up. Teenage girls are swooning over his tall, dark and deceptively distant persona.

Liam was born in my thirty-ninth year, to an adoring clan of older siblings. His nanny named him Siyamthanda* and we did (do still mostly). He was an easy, affable baby who was an obliging doll for the girls and an easy patsy for the boys’ shenanigans. He was an annoying twelve year (for about three years) but generally he is turning into a decent human being. He is majoring in hockey in high school and as captain and goalkeeper he makes for a rather vocal, well-padded Stormtrooper. He has no fear, but I suppose being bottom of the heap will do that to you. Despite his annoying habit of proclaiming expertise in things he has never heard of, he has a compassionate heart and has managed to charm all he met at his new school, even if his relatives are at times bemused by his antics. He will make an excellent talk show host or politician (if he can learn to resist inserting ‘like into very second word in his sentences.) It is encouraging to hear him being polite to adults when he is not aware I am there.

So which one do you think it is?

Sorry to disappoint – the answer is obvious: there is no favourite – my mom was right- they are all my favourites – all for different reasons. The trick is in making them each believe it is them. Then they grow up confident and secure. And I get more tea.

*We love him (isiXhosa)